If you do not know about or know enough Beauceron it is here you will be able to enhance their knowledge. 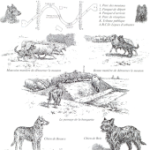 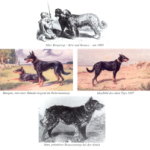 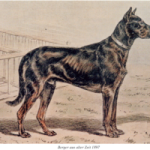 Today, there are two hypotheses: one of them is associated with the origin of the Beauceron fossil peat dog (Canis familiaris palustris), paleontologists discovered on the territory of the Jura; on the other — Beauceron comes from the wolf (Canis lupus), which can be traced not only the resemblance, but also found important confirmation at the intracellular level.

The breed was formed on the territory of France with minimal impact from the outside. While it is clear that this dog lupoidnaya early history been affected mastiff dogs.

French foothills and plains formed a dog of large size, powerful, and endurance, which was originally used as a hunter of bear, wild boar, deer.

The development of agriculture has led to widespread deforestation, and a sharp reduction in the number or total destruction of large livestock facilities zverey- hunting. Pasture management, displaces hunting grounds, need an assistant — not so much in the beginning of the shepherds, as a keeper-defender from wolves and other unwanted guests.

The earliest record of the French shepherd found in Renaissance manuscripts, dating from the 1578 year.

In 1809 the Abbe Rozier in the «Manual on Agriculture» instructed in the proper use of dogs for grazing flocks. The document referred to shepherd longhair Brie and second dog — a more powerful watchdog, attacking wolf.

In 1863 was held the first dog show, organized by the Paris Societe Imperiale d`Acclimatation, where Beauceron was officially presented for the first time. But only in 1896 under the influence of Pierre Megnin organized authoritative commission received its first official standards of two French breeds Shepherds: longhaired Berger de Brie, and gladkoshёrstnogo Berger de Beauce. Moreover, the name of the species is not associated with the name of the province, but only for the difference in the name of dogs.

In 1897 he organized the first Club francais du chien de Berger under the custody of the Ministry of Agriculture.

In 1911, allocated a separate Club Les Amis du Beauceron, which to this day is strictly enforces standards of the breed in France.

History Beauceron will not be complete if you do not remember the sad facts about its extinction during the First and Second World Wars. In particular, after the Second World War, the breed was restored from a population of about fifty dogs.

Currently Beauceron is outside France, and this wonderful dog clubs are available in many countries in Europe and America. In the world today there are about 7,000 Beauceron; France officially recorded in the history of the breed dogs less than 80,000. Such a small number of Beauceron can be attributed to extremely high requirements for the members of this exclusive working breed. It may only be a viscous specimens, fully complying with the high requirements of the standards.